Secondary poisoning is an unfortunate side-effect from the use of rodenticide baits. But just how big a problem is it?

It is well documented that the widespread use of anticoagulant rodenticides has resulted in the poisoning of non-target animals. This happens either through direct consumption of the bait by non-target mammals or through predation of these smaller mammals by predators, such as birds. But how quickly does this occur and to what extent are non-target species affected?

The prime targets of rodent control efforts are typically the brown rat (Rattus norvegicus) and the house mouse (Mus musculus). Bait boxes are designed in a way to allow mammals of their size easy access to the bait, yet it means similar-sized non-target rodents may also enter the bait boxes and feed on the bait. As soon as a rodent ingests the poison, it opens up the possibility of causing harm to any creatures that prey on it.

Anticoagulant rodenticides have been implicated as the cause of death in non-target mammals and birds since the 1990s (Alterio et al. 1997; Berny and Gaillet 2008). Secondary poisoning of owls as a result of eating poisoned rodents has been documented here in Australia, as well as in Canada and Germany (Elliott et al. 2014; Geduhn et al. 2016).

Researchers from the University of Leicester, UK, have recently published a paper in Environmental Science and Pollution Research that looked at secondary poisoning in a controlled, experimental setting. The aim was to determine two things: firstly, the level of exposure of non-target animals to the anticoagulant bait and secondly, the rodents’ potential for acting as vectors for secondary poisoning (through being eaten by predators such as birds and larger mammals).1

The researchers marked out two sites of farmland in Denmark, during the autumn. At each site, rodent traps were deployed in a 15m x 15m grid around two tamper- resistant bait boxes. Before deploying the rodenticide, the research team needed to determine the ‘normal’ rodenticide levels in the area. They captured 30 bank voles (Myodes glareolus) and 30 yellow-necked mice (Apodemus avicollis), 15 specimens of each species at each site, and tested their bromadiolone levels to set the control level.

For six weeks, the researchers pre-baited the bait boxes with apples, cereals, and non-toxic wax blocks while they examined the dispersal of mice and voles in the study areas. Then, bromadiolone bait was applied. Trapping commenced three days afterwards and continued for 11 days. The bromadiolone bait was topped up as required to maintain appropriate levels.

At the end of the 11-day period, 294 small rodents were collected and analysed for bromadiolone levels. This included 146 bank voles, 49 field voles, 57 yellow-necked mice, 39 harvest mice, two house mice, a single juvenile rat, and 39 common shrews (Sorex araneus). The team analysed the bromadiolone concentration in the bodies of the small mammals in relation to the distance from the baiting boxes.

Overall, bromadiolone was detected in 12.6% of all small rodents and insectivores. The longest distance between a bait box and the trapping site of a poisoned small mammal was 89 metres (a bank vole). Amongst the small mammals that tested positive for bromadiolone, the concentration was higher in yellow-necked mice, while harvest mice had higher concentrations than the bank vole, field vole, and common shrew.

In Australia, anticoagulant baits are restricted for use in and around buildings and should always be used in lockable bait stations. Although the potential non-target small mammal species in Australia are different to those in the trials discussed here (in Denmark), it does illustrate the potential for non-target poisoning and the distance such poisoned animals can travel. In turn, these individuals can be targeted by other predators that could then become potential victims of secondary poisoning.

As well as ensuring the use of lockable bait stations and remaining compliant with label bait placement instructions, retrieving dead rodents on a daily basis will certainly minimise secondary poisoning events. 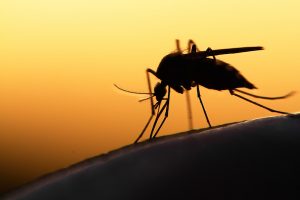 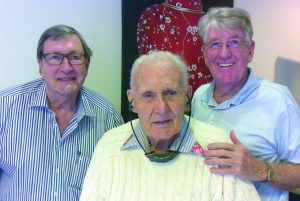